Tricks to Combatting and Managing  Weed Safely and Successfully 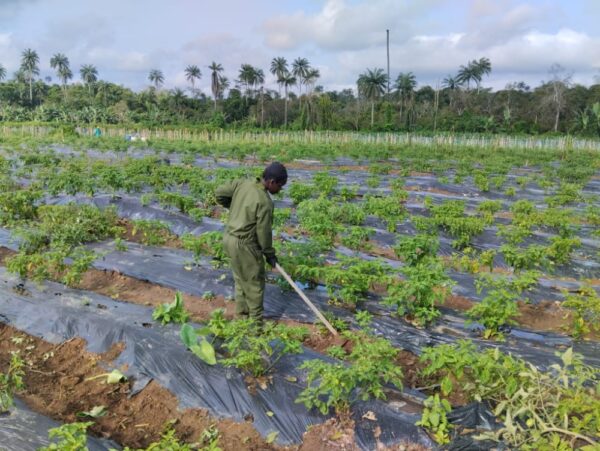 Every farmer will confess to having been considerably disturbed by weed damage on their farm at some point. Plants can resist the minor effect of weeds, but if weeds take over a farm field, it would have a significant negative impact on the development and yields of the crops, the farm operations, and the food supply. Luckily, weeds can be controlled, and there are several strategies to combat and manage weeds on a farm. A wide range of agronomic techniques are used by farmers to stop weed populations from growing to economically destructive levels.

You have to be tactical in your weed-control approach because trying to manage without a proper approach may have a detrimental impact on crops. The following are a few steps that can be taken to eradicate weeds on the farm:

Almost every farmer’s go-to strategy for combating weeds is to use herbicides. Herbicides are just one of the key instruments—the most apparent and general method that farmers use in their multifaceted approach to weed management in agriculture. This is typically done after weeds have previously been found around the plants. Herbicides often stop weeds from growing, accumulating, and spreading.

Herbicides include chemicals that are used to control weed populations. Examples of such chemicals include chemosterilants and growth regulators, which are two types of herbicides used to hinder a weed’s reproduction, growth, and development.

However, you should be careful when applying herbicides, they can be harmful to the crops and can lead to serious consequences. Make sure you use them only as directed.

Drip irrigation is recommended because employing an overhead watering system may encourage the growth of weeds. When used, managed, and maintained appropriately, drip irrigation systems will only deliver water to a specific area near the crop rooting zone without spreading to the other part you might not want it to be spread to.

Mulch is a type of substance used to coat soil. It acts as a protective coating for the soil and crops, which is a simple, efficient, and one of the most utilized techniques of weed management.

Aside from keeping the soil moist, another important purpose of the soil is to limit weed and insect growth. Mulches can suppress weeds by providing an obstacle to the weed seedling’s emergence or by creating a shading effect.

There are two different kinds of mulch: organic and inorganic. Organic mulches are created from the remains of dead plant substances like compost, sawdust, pine needles, and a host of other substances. Plastic mulches are the most widely utilized inorganic mulches due to their low cost and fully automated application.

This may be the cheapest and easiest yet most efficient method of management, You don’t have to wait till you see a weed-control instrument. When weeds are spotted, pick them up and eliminate them. This doesn’t require any special type of skill. Once they are spotted on the plants, make sure you handpick them from the plants.

This is the most popular means of eliminating weeds. Tools like hoes and cutlasses should never be out of the reach of the farmer. There are also several tools that have been developed to make weeding simpler for farmers, one of which is the Farmwella-developed standing hoe. As its name suggests, the standing hoe is a tool that can be used while standing. If you want to do your tasks more quickly, neatly, and efficiently, then this is your go-to tool.

Many farmers make the mistake of ignoring the damage that weeds can wreak; don’t be one of them. weeds can cost you more than you realize. Regardless of the strategy you choose to employ, consistency is the key to successfully combating weed on a farm.